Six Sigma Belts, Executives and Champions – What Does It All Mean?


Six Sigma professionals exist at every level – each with a different role to play. While Six Sigma implementations and roles may vary, here is a basic guide to who does what.

In addition, each project needs organizational support. Six Sigma executives and champions set the direction for selecting and deploying projects. They ensure, at a high level, that projects succeed, add value, and fit within the organizational plan. 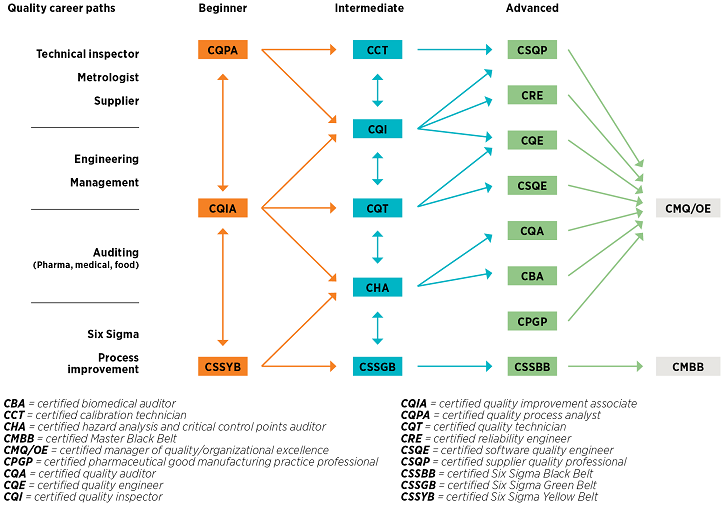 ASQ certification is a formal recognition that an individual has demonstrated a proficiency within, and comprehension of, a specific body of knowledge.

Obtaining your Six Sigma certification is proven to increase your earning potential. Results from the 2019 Quality Progress Salary Survey showed that U.S. respondents who completed any level of Six Sigma training earned $17,205 more on average than those without any Six Sigma training.

Salaries were shown to increase in alignment with the more advanced the Six Sigma belt. Compared with persons with no Six Sigma certifications, on average:

ASQ Certification: My Competitive Advantage in a Tough Economy (PDF) Tyler Wallace obtained CQIA and CSSBB certifications to jumpstart his career in healthcare. Within a time period of two years, he received two promotions and tripled his salary.

You can also search articles, case studies, and publications for more examples of how ASQ certifications have helped organizations and individuals.